Home>Faith Books>How to Overcome Fear: and Live Your Life to the Fullest 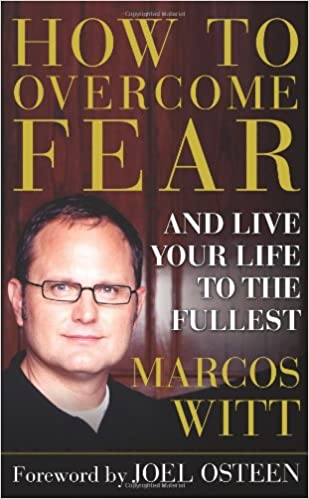 A two-time Latin Grammy winner and pastor of one of the largest churches in the United States counsels readers on how to tackle debilitating levels of fear with faith, in a reassuring guide that evaluates the roots of anxiety while explaining how to achieve a more fulfilling life by putting one’s trust in God. 125,000 first printing.

In 1987 Marcos Witt founded Can Zion Group, a company/ministry that has established branches in more than 7 countries, becoming one of the most important companies that produces Christian music in Latin America.

Marcos is currently the associate pastor for the Hispanic congregation of Lakewood Church in Houston, Texas, USA. He is also a composer and singer who has recorded 30 albums, 3 of which have won Latin Grammys under the category of ‘Best Christian Album’. Marcos is also and author and has written 10 leadership, motivational, and autobiographic books, some of which have been translated into English, French and Portuguese.

His concerts summon great multitudes in the main arenas of Latin American countries, granting him the opportunity of communicating in each one of them, messages of life and hope through Jesus Christ. Marcos has represented the Evangelical Hispanic community in several occasions in the United States and other countries.

Due to the diversity of areas in which he has stood out, he defines himself as mainly an ambassador of Christ in each one of the places where his ministry has taken him, as well as husband and father of a beautiful family, his first ministry.