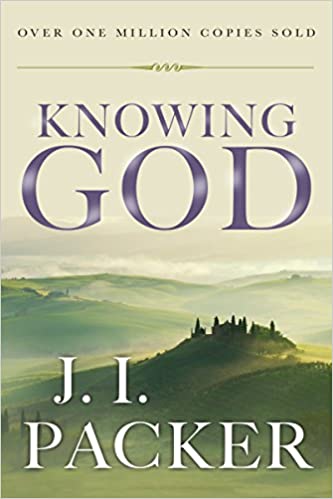 For over 40 years, J. I. Packer’s classic has been an important tool to help Christians around the world discover the wonder, the glory and the joy of knowing God. In 2006, Christianity Today voted this title one of the top 50 books that have shaped evangelicals, and this 20th anniversary edition is updated with Americanized language and spelling, and a new preface by the author.

Stemming from Packer’s profound theological knowledge, Knowing God brings together two important facets of the Christian faith― knowing about God and also knowing God through the context of a close relationship with the person of Jesus Christ.

Written in an engaging and practical tone, this thought-provoking work seeks to transform and enrich the Christian understanding of God. Explaining both who God is and how we can relate to him, Packer divides his book into three sections:

This guide leads readers into a greater understanding of God while providing advice to gaining a closer relationship with him as a result.

A REMARKABLE LIFE OF KNOWING GOD

J. I. Packer (1926–2020) is regarded as one of the most well-known theologians and influential evangelicals of our time. Once named to Time magazine’s list of the 25 Most Influential Evangelicals in America, Packer wrote what many consider the definitive classic evangelical book of the twentieth century, Knowing God, which has sold more than one million copies in North America alone.

As the author of forty-seven books, Packer’s prolific work has impacted countless pastors, thought leaders, theologians, and authors. He preached and lectured widely in Great Britain and North America and served as general editor of the English Standard Version of the Bible published in 2001, and as theological editor of the Study Bible version. When Christianity Today conducted a survey to determine the top 50 books that have shaped evangelicals, Packer’s book Knowing God came in fifth. In 2014, Packer was named Author of the Year by the Association of Logos Bookstores.

“Week by week and day by day, Packer gives advice that is sure to motivate and inspire readers to reach for more in their quest to unite with God. A fine read for any devoted Christian.” (James A. Cox, Library Bookwatch, December 2009)

“This is a book that urges us to know about God and then to know God in Jesus Christ. It is a book that serves up real meat―a thought-provoking call to apply ourselves to knowing who God is and to develop a close relationship with Him.” (East Central Illinois Baptist Association, February 13, 2008)

“Something must be said for the staying power of a book like J. I. Packer’s Knowing God. With some of the language and rhetoric updated, the foundational elements of the book are as powerful and strong as ever.” (Chris Wise, The Christian Manifesto (thechristianmanifesto.wordpress.com), February 26, 2008)

“Packer was magisterial in substance, but adopted the tone of a fellow traveler. He convinced us that the study of God ‘is the most practical project anyone can engage in.'” (Christianity Today, October 2006)

“If I can’t put the Bible on this list, I’ll choose a Packer book instead. Every national and world leader must seek to know the nations and world in which they serve. And in order to know this world and its people, we must first know the God who shaped and molded us all. Packer simply and powerfully re-introduces us to God: his attributes, actions, and, most important, his grace.” (Joshua DuBois, “My Top Five,” Christianity Today, September 2014)

Over the past twenty years J.I. Packer’s classic has revealed to over a million Christians around the world the wonder, the glory and the joy of knowing God. This new edition is Americanized and completely retypeset with a new preface by the author. Now more than ever, next to Scripture, this could be the most significant book you will read this year, or next.

J. I. Packer is Board of Governors Professor of Theology at Regent College in Vancouver, British Columbia. He also serves as a contributing editor to Christianity Today and is the author of numerous books, including Evangelism and the Sovereignty of God.