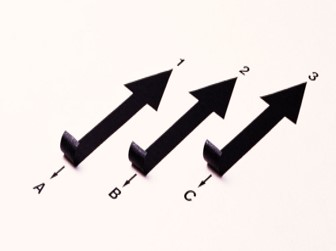 But maybe we’re measuring the wrong things. When entrepreneurs, innovators, and executives describe the kind of leaders they want to be and/or hire, an unhappy truth invariably emerges: The attributes they so admire often aren’t the behaviors they display. Their truisms lack pragmatism.

Fortunately, a simple question evokes greater self-awareness and actionable insights than the typical 360 degree review: How do you lead by example? That means asking leaders to detail instances and anecdotes where their actions set standards for others. What do they actually do that influences and inspires?

I’ve found no better diagnostic for promoting authentic revelations around personal leadership style and substance. For one, it non-judgmentally presumes people already lead by — and thus set — good examples; for another, it pushes leaders to think harder about how others interpret their behavior. Truly credible answers require both empathy and introspection.

In over 15 years of asking, no one has ever said they can’t, don’t, or won’t lead by example. To the contrary, executives always — always! — volunteer lead-by-example stories and vignettes they felt revealed something important about themselves. Their answers exposed their expectations (realistic and otherwise) about how their actions would be perceived by colleagues, clients, investors, etc. Charm and charisma are wonderful, but good examples can prove as persuasive as great presence.

Serious leaders understand that, both by design and default, they’re always leading by example. Some want to “lead from the front” while others prefer “leading from behind.” But everyone senses their success — and failure — at leading by example is integral to their “leadership brand.” Smart leaders want to build their brands. The lead-by-example stories executives tell sharpen their leadership brand propositions.

The critical first step: Encourage people to list the three most important — or effective — ways they lead by example. Talk about them all you want but — ultimately — they must be written down in shareable form. Those answers begin building productive paths and platforms for leadership development. Here are a few examples from my work with executives:

These brief examples share the revelatory self-belief that they merit admiration and emulation. They actively — not just verbally — communicate values the leader personally and professionally believes important (else why make it a lead-by-example story?) They’re intended to define leadership behavior in the enterprise.

Lead-by-example content is both mirror and window into leadership sense-of-self. Examples that stress talent development signal radically different priorities than disciplining malefactors or displaying kindness during family crises. Examples celebrating costs cut or waste eliminated over innovations launched or opportunities explored speak more eloquently than any mission statement. Leaders must explicitly know whether their examples are over-weighted along some dimensions versus others. For example, lead-by-example stories that only emphasize customers may be as distortive as those that never do.

Similarly, the pragmatic beauty of lead-by-example interrogatories is how quickly they translate executive introspection into easily testable hypotheses about influence. Do employees take enterprise diversity/inclusion initiatives more seriously? Are people refusing to cut corners on quality? Will innovators literally go the extra thousand miles for their early adopters?

The true lead-by-example test is who follows those examples and how. Do colleagues and clients see those examples as leadership? Are direct reports inspired to admire and emulate? When people describe “the right way” of getting the job done or getting the best out of people, is an example explicitly referenced? These questions aren’t rhetorical; they’re central to meaningful and measurable leadership development.

That’s why inconsistency and hypocrisy so acutely matter. The executive who is always — always — unapologetically late to his own meetings evokes eye rolls when his lead-by-example stories stress “respect.” Similarly, I’ve heard 40-minute lead-by-example answers from global business unit leaders who never once referenced a single customer or client — even as their firm declared its strategic intent to become more “customer-centric.” Following up with a polite “So how do you lead by example when it comes to serving customers?” provoked a painfully awkward silence. That said, that executive almost immediately sought coaching from some of his world-class account executives.

That’s what makes reciprocity so powerful. Examples are as much about exchange as influence. That’s why lead-by-example examples must ultimately be…Continue Reading…@ https://hbr.org/