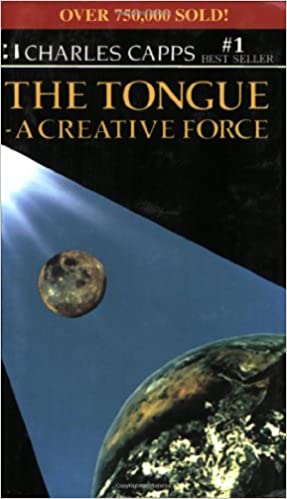 Life is not whatever will be, will be. It’s what you say it is! Words are the most powerful force in the universe, and you can release this ultimate creative power in your life by your words.

Words are the most powerful things in the universe! The words you speak will either put you over in life or hold you in bondage.

Many people have been held captive in their circumstances by their own words. The absence of God’s Word in your life will rob you of faith in His ability. Receive from God! Put yourself in a position to receive God’s best for you by speaking His Word.

God’s creative power is still just as it was in the beginning of time when he stood there and said, “Light-be,” and light was. His Word spoken from your mouth and conceived in your heart become a spiritual force releasing His ability within you. Creative power in you! Man was created in the image of God and His likeness. Learn to speak His faith-filled words to your situation and see your life transformed. Allow God’s creative power to flow from you. “I have told my people they can have what they say, but my people are saying what they have.”

In this classic book first published in 1976, bestselling author and renowned faith teacher Charles Capps lays a biblical foundation for the power of words—both God’s and yours. The heavens and the earth were created as God released His power by the spoken word. In the beginning, God said, “Light be!” and light was. God planned for you to do the same. God’s Word spoken from your mouth and conceived in your heart becomes a spiritual force that releases His ability in your world.

In The Tongue: A Creative Force, Charles Capps lays out straight-forward, Scripture-based teaching to help you…

As you speak faith-filled words into your situations, your words will position you to receive God’s best in every area of your life!

Charles Capps is a retired farmer, land developer, and ordained minister who travels throughout the United States sharing the truth of God’s Word. He has taught Bible seminars for thirty years, sharing how Christians can apply the Word to the circumstances of life and live victoriously. Besides authoring several books, including the best-selling “The Tongue, A Creative Force,” and the minibook God’s Creative Power, which has sold over 3 million copies, Charles Capps Ministries has a national daily syndicated radio broadcast and a weekly television broadcast aired over several networks called “Concepts of Faith.”