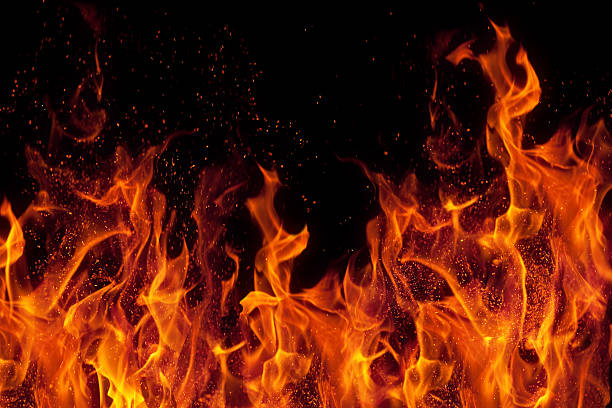 Doesn’t eternal hell seem like cosmic overkill? Couldn’t God reform bad people or just annihilate them? After all, why punish people forever for one limited lifetime of behavior? And wouldn’t annihilation be preferable to eternal suffering?

Is hell real? Do Christians really believe in it? Why would a loving God send people to hell forever? These and other questions about the doctrine of hell may not be pleasant to address, but they often come up as objections to Christianity, even puzzling Christians at times.

This article will address some key questions related to hell, explore and evaluate some objections to it, look at what the Bible has to say about hell, and touch on how the doctrine relates to the nature of God as well as human nature.

Before delving into the topic, it will help to understand what is meant by the term. Theologically speaking, the doctrine of hell relates to personal eschatology. While eschatology is popularly known in relation to end-times events and various interpretations of the book of Revelation, it also encompasses what may be termed the “final state” of individual souls. In other words, is our ultimate and eternal destiny heaven or hell? Despite God’s offer of redemption and salvation through Christ, not everyone will be redeemed, resulting in those who reject God being destined for hell.

While some people may grant that hell is required for extremely evil individuals, expecting some sense of justice, there is often tension about seemingly “good” people going to hell (addressed in the next article). There’s certainly an emotional component to the objections, too.

For instance, doesn’t eternal hell seem like cosmic overkill? Couldn’t God reform bad people or just annihilate them? After all, why punish people forever for one limited lifetime of behavior? And wouldn’t annihilation be preferable to eternal suffering? These objections may seem reasonable at first glance, but as we will see, they ignore or fail to understand key aspects of God’s nature as well as human nature.

In short, God has made efforts to reform people. Each of us is given a lifetime to reform and embrace God through Christ. Unfortunately, some reject God and His truths, choosing their own path rather than God’s. As for eternal suffering being overkill in reference to limited or temporal behavior, this fails to understand the nature of sin and its relation to a holy God.

When it comes to suggesting annihilation as opposed to eternal suffering in hell, again this seems like a plausible objection. It fails, however, to understand that God is a God of life. Human beings are made in His image (Genesis 1:26, 27). Therefore, every person is of inestimable value. First, annihilationism does not fit the biblical evidence. Second, as has been noted, it fails to understand the worth God places on human life. Third, God respects human choice.

But couldn’t God have created a world without hell? Any answer to this question is somewhat hypothetical. However, given that God is all-knowing, all-loving, and all-powerful, it is certainly possible that He could have created such a world. But would such a world be the best possible world? To create a world without hell would require impinging on human freedom, essentially creating a world of robots or a world where our choices would be forcibly altered in order to avoid sin as an actual (such as in deed) or a potential (as in thought).

The Bible and Hell

Hell is not an easy belief to accept. Even a seasoned Christian like C.S. Lewis said of it, “There is no doctrine which I would more willingly remove from Christianity than this, if it lay in my power. But it has the full support of Scripture and, specially, of Our Lord’s own words; it has always been held by Christendom; and it has the support of reason.” C.S. Lewis, The Problem of Pain (Macmillan, 1962), p. 118. According to Lewis, then, hell is a biblically supported doctrine, has been accepted by the Christian church throughout the centuries, and in his assessment is also reasonable.

When the Son of Man comes in his glory, and all the angels with him, he will sit on his throne in heavenly glory. All the nations will be gathered before him, and he will separate the people one from another as a shepherd separates the sheep from the goats. He will put the sheep on his right and the goats on his left … Then he will say to those on his left, “Depart from me, you who are cursed, into the eternal fire prepared for the devil and his angels. For I was hungry and you gave me nothing to eat, I was thirsty and you gave me nothing to drink, I was a stranger and you did not invite me in, I needed clothes and you did not clothe me, I was sick and in prison and you did not look after me.”

Hell and the Nature of God

Christ, then, had much to say about hell. Rather than being cruel, however, His intention then and now is to offer a way out of such a horrible destiny. But people must be willing to embrace this opportunity.

Another aspect of the doctrine of hell that is key to understanding it has to do with the nature of God. He is all-loving, but also completely sinless, holy and just. This means that anything unholy cannot enter His direct presence. As a result, those who fail to accept His truths must reside somewhere else (i.e., hell). God is also loving, but this characteristic means that He does not force belief upon anyone, but instead seeks to persuade us.

Biblically speaking, human nature is no longer what it once..Continue Reading…@ https://www.focusonthefamily.com