Home>warfare Books>Arresting the Arrester: Catching the Enemy in His Own Trap 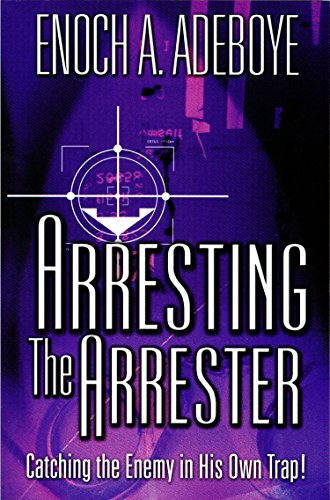 Everyone has enemies. The enemy can be sickness, sorrow, failure, poverty, death, other people or whatever is warring against you. The enemy tries to put the cuffs on you and rob you of the joyful life God has intended for all His children to live.

Syrian troops once flexed all their military muscles against a Jewish Prophet called Elisha, who in turn, maimed their minds and took them captive. It’s a classic case of turned tables. How did a Prophet paralyze a whole army? The man of God enjoyed the protection of the Most high God because he took his own marching orders from the Lord of Hosts.

Let’s now step into Elisha’s shoes and walk the pages of this book, which reveal how you can catch the enemy in his own trap through God. After reading “Arresting the Arrester”, you, too, will be able to beat the enemy at its own game. But don’t think you can do it alone. You’re going to need God by your side at all times. If you let Him into your life, even when you feel like surrendering, He will fight your battles for you–and win.

He was ordained a pastor of the Redeemed Christian Church of God in 1977. He became General Overseer of the church in 1981, Redeemed Christian Church of God has branches in about 196 nations (as at March 2017), including more than 14,000,000 in Nigeria. He is married to Foluke Adenike. They have four children namely: Adeolu Adeboye, Bolu Adubi (née Adeboye), Leke Adeboye, and Dare Adeboye.