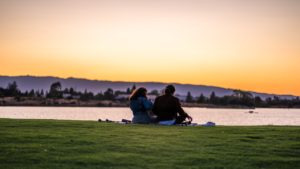 Looking for a completely countercultural path to marriage? Here’s how to apply God’s Word to dating, finding a spouse and getting married.

The system today’s young men and women have inherited for finding and marrying a future spouse leaves a lot to be desired. We often hear complaints from readers about the confusion, hurt and sexual sin they’ve encountered despite their best intentions. Many want to know how they can go about getting to know someone and eventually getting married without getting hurt or compromising their faith.

At Focus on the Family, we’ve offered a range of resources and expert advice bringing biblical principles to bear in this area. Some of the messages we’ve presented have taken the position that Christians can apply their faith in such a way that they can still work within the system they’ve inherited. Other messages have stressed that Christians need to be much more counter-cultural. Joshua Harris, for instance, has promoted a model of courtship that harkens back to a model used broadly before modern dating evolved.

People attempting to follow a courtship model within today’s culture, however, often run into a lot of practical questions, such as, “What if her dad is unavailable or uninterested in being involved?” or “What do you do when you live hundreds of miles from your family?”

The goal of this series of articles, beginning with this introduction, is to provide our readers with a place to bring those questions. Scott Croft is an elder at Capitol Hill Baptist Church where he teaches a seminar on friendship, courtship and marriage. He is also an attorney who is used to tackling tough questions.

The answers he brings may be different from anything you’ve heard before. The topics he’s going to be dealing with are ones in which equally committed Christians have found different biblical interpretations. Not all will agree with Scott’s approach, and we invite feedback from anyone who believes there are better interpretations for the biblical passages Scott draws from.

It’s our hope that this Q&A series will be valuable both for those who think the Bible gives sufficient guidance for operating within our current system as well as for those who are looking for a completely countercultural path to marriage.

If you’re reading this, you’re interested in dating. You’ve done it, you’re doing it, you’d like to do it, or you need to teach somebody else how to do it. Don’t worry. You’re not alone. In our society, dating has become something of an obsession. It is expected to be a universal phenomenon. It’s just something you do if you’re single and of age (and that age is quickly dropping) in America. It is considered the natural precursor to marriage, and is generally considered something to be desired, whatever form it might take.

It’s also big business. If you were to Google the word “matchmaker,” you would receive something in the neighborhood of 21,200,000 responses — with a few of these outfits claiming to be Christian, but most making no such claim. “Dating” will get you 790,000,000 hits.

As evangelical Christians, we’re called to be distinct in the ways we think and act about all issues that confront us and those around us. This topic is no exception. So is there such a thing as biblical dating? If so, what is it? How can Christians think differently about this pervasive issue in media and culture? How are we doing so far?

The answer to that last question is “not well.” Surveys consistently indicate that professing Christians behave almost exactly like non-Christians in terms of sexual involvement outside of marriage (in both percentage of people involved and how deeply involved they are — how far they’re going), living together before marriage, and infidelity and divorce after marriage. In fact, depending on which statistics one believes, the divorce rate for professing Christians may actually be higher than for Americans as a whole. Granted, not all of these people are evangelicals, but we’re not doing so well either. Indeed, the central issue we need to confront — and the reason I write and speak on this topic — is that when it comes to dating and relationships, perhaps more than in any other area of the everyday Christian life, the church is largely indistinguishable from the world. That truth has brought immeasurable emotional pain and other consequences to many Christians. Worse, it has brought great dishonor to the name of Christ and to the witness of individuals and the church.

It doesn’t have to be this way. For Christians, the Lord has given us His Word, and the Holy Spirit helps us to understand it. We have brothers and sisters in Christ to hold us accountable and to help us apply the Word to our lives. If you’re a Christian, that’s the biblical life you’re called to.

That’s what I hope this column will be about — applying God’s Word to dating, finding a spouse and getting married.

All Scripture is God-breathed and is useful for teaching, rebuking, correcting and training in righteousness, so that the man of God may be thoroughly equipped for every good work.

So how does the sufficiency of Scripture apply to our coming discussions? Well, many evangelicals who otherwise believe in the inerrancy of the Bible and who might generally agree with the sufficiency of Scripture have nonetheless embraced the world’s ideas about dating. In doing so, some make the argument that Scripture doesn’t speak to this topic. I believe it does. The Bible speaks to every area of our faith and life at some level. Some things it talks about explicitly, like salvation or sanctification or marriage or elders. The Bible guides us in some areas by broader, more general principles and ideas we can build on as we strive to live the Christian life in practical ways. In either case, no area of life falls totally outside of the guidance and authority of God’s Word.

My point is that we cannot simply state that the Bible “doesn’t mention dating or courtship,” and then think we’re off the hook to pursue this area of our lives either on the world’s terms or however seems best to us without diligent, submissive reference to God’s Word. If the doctrine of the sufficiency of Scripture is true, then God’s Word does have authoritative guidance for us about how we might best glorify God in this area of our lives. That means our conversation has to be a biblical conversation. I mention the sufficiency of Scripture as part of the groundwork for this column because it’s one of those doctrines that touches every area of our lives, and it is at the heart of the approach to dating (and life) that we’ll talk about here.

OK. Let’s take care of some basic definitions. We may define biblical dating as a method of introduction and carrying out of a pre-marital relationship between a single man and a single woman:

The Scriptural support for the idea of biblical dating is largely by example and implication. We will look at a number of passages over the course of our discussions that support various aspects of biblical dating, but for the moment, let me just give you some references to study:

We’ll talk more about these and other passages as we deal with other topics in this series.

We may basically define modern dating as a method of introduction and carrying out of a pre-marital relationship between a single man and a single woman:

Now, the biblical support for the modern approach to dating … (insert crickets, tumbleweeds, person whistling here)…. That was it. There isn’t any. The very idea of extended romantic or sexual involvement outside of marriage doesn’t even appear in Scripture unless it is described as illicit (sinful). Furthermore, it doesn’t even appear in any society, western or otherwise, in any systematic way until the 20th century. While the principles supporting biblical dating have their beginnings with the very structure of the family, modern dating has its origins with the sexual revolution of the 1960s. It is brand new, and yet, seemingly, it is all we know.

So what’s the real difference? Here are some fundamentals:

Modern dating philosophy assumes that there will be several intimate romantic relationships in a person’s life before marriage. In fact, it advocates “playing the field” in order to determine “what one wants” in a mate. Biblical dating has as its goal to be emotionally and physically intimate with only one member of the opposite sex … your spouse.

Modern dating tends to assume that you will spend a great deal of time together (most of it alone). Biblical dating tends to encourage time spent in group activities or with other people the couple knows well.

Modern dating tends to assume that you need to get to know a person more deeply than anyone else in the world to figure out whether you should be with him or her. The biblical approach suggests that real commitment to the other person should precede such a high level of intimacy.

Modern dating tends to assume that a good relationship will “meet all my needs and desires,” and a bad one won’t — it’s essentially a self-centered approach. Biblical dating approaches relationships from a completely different perspective — one of ministry and service and bringing glory to God.

Modern dating assumes that what I do and who I date as an adult is entirely up to me and is private (my family or the church has no formal or practical authority). Biblical dating assumes a context of spiritual accountability, as is true in every other area of the Christian life.

Basically, we can make three general statements about modern dating vs. biblical dating in terms of their respective philosophies: