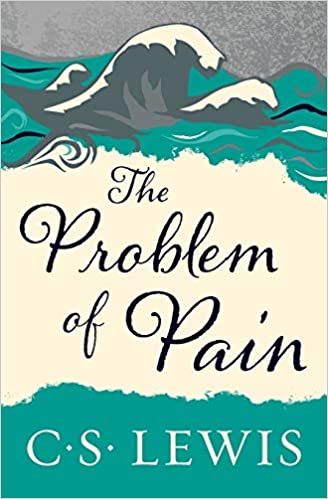 In The Problem of Pain, C.S. Lewis, one of the most renowned Christian authors and thinkers, examines a universally applicable question within the human condition: “If God is good and all-powerful, why does he allow his creatures to suffer pain?” With his signature wealth of compassion and insight, C.S. Lewis offers answers to these crucial questions and shares his hope and wisdom to help heal a world hungering for a true understanding of human nature.

The Problem of Pain answers the universal question, “Why would an all-loving, all-knowing God allow people to experience pain and suffering?” Master Christian apologist C.S. Lewis asserts that pain is a problem because our finite, human minds selfishly believe that pain-free lives would prove that God loves us. In truth, by asking for this, we want God to love us less, not more than he does. “Love, in its own nature, demands the perfecting of the beloved; that the mere ‘kindness’ which tolerates anything except suffering in its object is, in that respect at the opposite pole from Love.” In addressing “Divine Omnipotence,” “Human Wickedness,” “Human Pain,” and “Heaven,” Lewis succeeds in lifting the reader from his frame of reference by artfully capitulating these topics into a conversational tone, which makes his assertions easy to swallow and even easier to digest. Lewis is straightforward in aim as well as honest about his impediments, saying, “I am not arguing that pain is not painful. Pain hurts. I am only trying to show that the old Christian doctrine that being made perfect through suffering is not incredible. To prove it palatable is beyond my design.” The mind is expanded, God is magnified, and the reader is reminded that he is not the center of the universe as Lewis carefully rolls through the dissertation that suffering is God’s will in preparing the believer for heaven and for the full weight of glory that awaits him there. While many of us naively wish that God had designed a “less glorious and less arduous destiny” for his children, the fortune lies in Lewis’s inclination to set us straight with his charming wit and pious mind. –Jill Heatherly

“It is really a pleasure to be able to praise a book unreservedly, and that is just what I can do with The Problem of Pain .” (Guardian)

“If God is good and all-powerful, why does he allow his creatures to suffer pain?” And what about the suffering of animals, who neither deserve pain nor can be improved by it? The greatest Christian thinker of our time sets out to disentangle these knotty issues. With his signature wealth of compassion and insight, C. S. Lewis offers answers to these crucial questions and shares his hope and wisdom to help heal a world hungering for a true understanding of human nature.

Clive Staples Lewis (1898-1963) was one of the intellectual giants of the twentieth century and arguably one of the most influential writers of his day. He was a Fellow and Tutor in English Literature at Oxford University until 1954, when he was unanimously elected to the Chair of Medieval and Renaissance Literature at Cambridge University, a position he held until his retirement. He wrote more than thirty books, allowing him to reach a vast audience, and his works continue to attract thousands of new readers every year. His most distinguished and popular accomplishments include Out of the Silent Planet, The Great Divorce, The Screwtape Letters, and the universally acknowledged classics The Chronicles of Narnia. To date, the Narnia books have sold over 100 million copies and have been transformed into three major motion pictures.